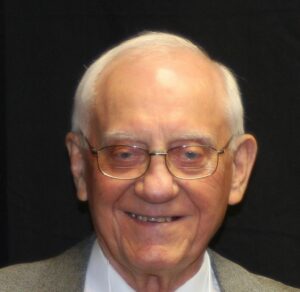 It is with heavy hearts and great sadness that the family of Mervin McGee announces his passing on Wednesday, November 13, 2019 at Eunice Manor with loving family by his side. He was 88.

Mervin proudly served in the United States Army during the Korean Conflict. He was a barber for 60 years and cut the hair for many generations and a retired bus driver for 25 years for the St. Landry Parish School Board.

He was a member of the American Legion, VFW and Woodmen of the World.

But most of all he was a loving husband, father, brother, grandfather and friend and will be missed dearly by all who knew and loved him especially his loving wife of sixty four years, Shirley McGee; his two daughters, Cheryl McGee of Eunice and Janis McGee Williams and husband, Mark Williams, DVM of Batesville, AR; his two sisters, Corina Granger of Mamou and Bea McGee Vidrine of Houston, TX; the joys of his life, his two grandchildren, April Williams and Andrew Williams and one great grandchild, Adah Grace Williams; as well as extended family and friends.

He is preceded in death by his parents, Joel and Nita Dupre McGee; son, Kevern McGee, brother, Allen Fred McGee and his sister, Lovina McGee Aguillard.